You are here: Home / Goals / 7 Lessons I Learned From a Hunting Dog

I recently had the opportunity to go pheasant hunting with several members of my family.  It was not exactly what I expected it to be, but I can honestly say I had a great time!  I will definitely go back.  As in most hunting, there was a lot of time where I was not getting to shoot my shotgun.  During these lulls of excitement I spoke to our guide about his hunting dog.  Here are 7 lessons I was able to from that hunting dog.  His name is Deuce, by the way. 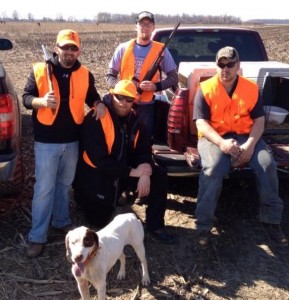 Are you moving towards your goals with ‘Deuce Intensity’?